What is Immunity and Types of Immunity?

Immunity is the ability to resist a particular infection or toxin by the action (releasing) specific antibodies or sensitized  white blood cells. Immunity is defensive mechanism. It is divided into two types.

Majorly two types of Immunity one is the Inborn, and the other is Non-specific or later Acquired in life and specific Immunity.

Based on the type of cells involved, the Immune responses are of two types.

The substance that induces specific Immune response and interacts with the products formed is known as an Immunogen. It is protein in nature and its Epitopes(binding site of Ab) are the antigenic determinants. Haptens becomes immunogenic or antigenic, only when attached to a large protein carrier. 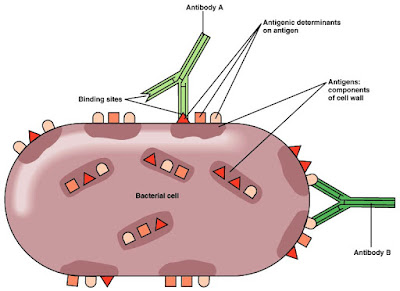 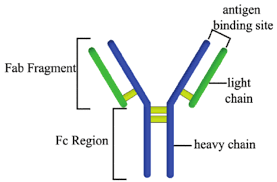 The Antigens ad Antibodies specifically interact with each other and produces Humoral or Antibody mediated Immune response. These reactions used to detect the infectious disease causing agents. Antigen binds covalently to the antibody specific site. Different types of Ag-Ab reactions are,