What is Global Warming?

Generally Earth receives a large amount of energy from the sun, In this  energy land, sea, forest and air absorb some amount from this energy and remaining energy release into space this process is called the Earth’s energy budget. Generally earth’s surface absorbs shortwave radiation and emits long wave Infrared radiation. The balance between absorbed energy and emitted energy is called as Albedo. The normal Albedo range is 0 – 1, In this 0 means no reflection and 1 means complete reflection. The average earth’s albedo is 0.30. This means overall Earth reflects 31% of Incoming solar energy. 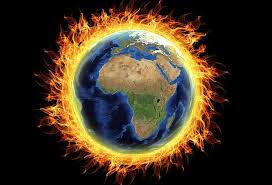 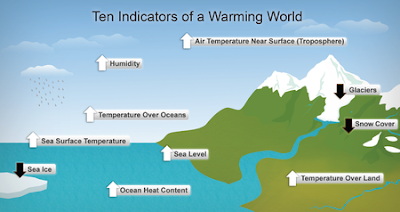 Glaciers receding : Glaciers of  Mountains is retreating that leads to increase the sea level around the world. Sea levels have risen by 10 – 20 cm globally from last 100 years. Rising sea level can flood coastal areas and habitat changes can cause the extinction of some species of plant and animals.
Floods : Floods will increase around the world can cause decrease the land at coastal areas.
Effects on ecosystem : Many species live in ecosystem,  If small change in temperature can directly alter their ability to survive, It effects on ecosystem.
Example: Oak trees in the midwestern.

Other Effects of Global warming are

Global warming has becoming a serious problems causing damaging effects to human kind and ecosystem. Plantation,Using Renewable energy sources, Recycling of waste products and controlling the pollution by the use of clean and renewable fuels,lastly, the best way, the use of solar energy are the measures have to be followed to reduce the global warming.
Let us Save trees and Save ourselves.